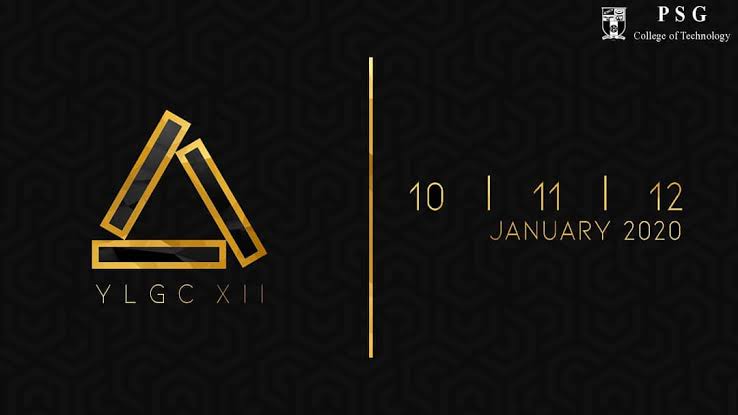 The United Nations General Assemblies always fascinated me. It’s so cool how they are able to bring just about every country on the planet together for a few days and talk about stuff. If only I could manage that in my class (I’m the class representative). People always have something else to do rather than talking about the problems in the class.

Anyway, YLGC MUN happened and I represented my childhood home country; Bahrain. I chose the Economic and Financial Affairs Committee (UNGA: ECOFIN) and the agenda was about the implications and impact of the EU: Mercosur Free Trade Agreement. If you don’t know what that is, the short answer is that it is a deal that helps European and South American countries to trade freely without any tariffs and barriers. The long answer will take days to explain. Took me at least a week to research everything. Since this deal comes with its own pros and cons for both regions, we had to discuss the issues diplomatically and come up with a solution. A resolution. That’s the ultimate goal.

The first day was the hardest. We still weren’t in the groove. Most of the delegates were first-timers like me. So the chair explained all the rules first. Since I was the delegate of Bahrain, I sat in the front row (alphabetical order). This made me even more nervous. We started off with the General Speakers List (GSL). I gave my name towards the end since I hadn’t really prepared a speech yet. While the other delegates were busy talking what seemed like complete nonsense to me, I was busy thinking about what to say in my speech. My turn came around but I wasn’t fully ready. Somehow, after 90 seconds of UMs, ERs and SOs, my time was done. I just basically talked about Bahrain’s stance on the situation and what would this deal mean to the Arab economy. After that, a motion was raised for an Unmoderated Caucus. This is where I finally got to meet the other delegates and discuss the subject. We discussed the upcoming Moderated caucus topics.

After this, I started to understand all the techniques and methods used by the other experienced delegates. I studied the way they talked and listened. I noticed that pretty much every experienced delegate had a laptop. They typed up their speech and read straight from it. I thought electronics weren’t allowed so I didn’t bring one. However, I did have a notepad. So, I quickly scribbled down what I wanted to speak and glanced at them whenever I got stuck mid-speech. This was way better. My second speech sounded a lot better and constructive.

By the end of the day, those were the only two speeches I gave (the sessions were short due to the opening ceremony and the rules dictation). But more importantly I was very well prepared for the next day.

This time I was prepared. I brought my laptop. I already prepared a GSL speech and researched all the dirt on the other delegates. I was ready this time. And it paid off really well. On the second day, I gave a total of 4 speeches. 1 GSL and 3 Mod Caucuses on various topics. It was truly fascinating listening to the other delegates and their immense research truly showed. I was having the time of my life. It was weirdly fun. You had to be there to know what I’m talking about.

I also wrote a ton chits to the other delegates on their opinions, country policies and roasts. The roasts were the best. Unfortunately, they too had dirt on my country, so I was roasted too. I also wrote a few chits to the Executive Board (EB) about a few pointers on the topics we were discussing.

By the end of the day I was well acquainted with most of the delegates and had a clear view of who were my allies and enemies. We even formed a bloc. The main leader of the bloc was Spain, Italy and Bahrain. Although I wasn’t very related to the actual deal, I was very good at lobbying the other delegates to support our bloc. It worked like a charm. I was able to convince 15 delegates by the end of the day to join our bloc.

I thought I did well. But, little did I know that a bunch of backstabbing and double-crossing was about to occur the next day. It was going to be a total shit-show.

The third day rolls around and I’m as well prepared as I can ever be. Our bloc was done with our working paper and I had given a few pointers for solutions to the deforestation problem in the Amazon the previous night. As soon as I get to the committee, Italy breaks the news to me that Spain had merged with the South American bloc and left us hanging. Remember, Spain was pretty much the leader of our bloc. We were all very confused. After a heated unmoderated caucus discussion, we settled that merging with the South Americans would probably be the best. We both had the same objectives (let the deal go through). Just different methods. Some sacrifices needed to be made.

Meanwhile, the third and final bloc, the countries opposing the deal, were right at our throat. They really didn’t want us to win. They were very adamant about getting as many signatories as possible. And now that we merged, there were only two bloc. One FOR the deal. The other AGAINST.

Four speeches and a ton of chits later, it was time to discuss and vote for the resolution. Because of the merger and our lobbying, we had a landslide majority. There was no question. It was us all against Poland, France, Austria and Belgium.

Our resolution went up for discussion first. After 15 gruelling minutes of Q&As, modifications, additions, deletions and embarrassing Romania, the discussions were done. The final resolution, in my opinion was very well made. I was proud of us. Next came the motion to discuss the other bloc’s resolution. The vote was very close. They lost by literally one vote. Everyone were furious. They, because they didn’t even get to discuss the resolution. Hours of writing and days of research wasted. We, because we were supposed to get the vote of everyone except those 4. But, that was understandable though. There was nothing wrong with giving them a chance to at least discuss their point of view. In fact, I was one of the delegates who voted for the discussion.

Anyway, they didn’t get the chance to show their resolution and it was time for the final voting procedure. It was time to vote for the passing of our resolution. They called out our countries one by one. We did expect to win. But this closer than we had imagined. Surprisingly, a few countries who we trusted would for us, who I myself lobbied for voted against us. It was very scary. And adding salt to the wound, the main countries who even co-authored the resolution abstained from voting. It was nerve-wracking.

We did, however, win and got to pass the resolution. But it was way to damn close. Most of the experienced delegates there were from just a few different colleges. So they were probably friends. So I understand. They just didn’t want to risk jeopardizing their future MUN relationships by going against each other. It was still really annoying though.

So, that’s it. That’s my first MUN story. Definitely lots more to come. I’m in love with this form of debating. The rush of adrenaline and dopamine with each speech and debate is unparalleled. One of the best experiences of my life. Never in a million years would I have imagined that I could learn so much about the economy, trade, international relations and public speaking in just a three-day conference. The knowledge gained will stick with me for the rest of my life.

Unsurprisingly, I didn’t win. Argentina won the best delegate award and Belgium won high commendation. Both well deserved. After the award ceremony, I asked the EB for their feedback and why I didn’t win. They said, my research and solutions were great and constructive. But the problem was my speaking. I wasn’t consistent enough.

That’s the same advice I and many other MUNners would give.

That’s it for the blog post. Check out some MUN memes before you leave.